In a nutshell, government and the Reserved Bank adopted the monetary policies to control the supply of money, it can be also saying that to manipulate the fluctuation of the interest rate and in the same time balancing the market price. In context of University Education sector, by set up a targeting inflation method through Policy Target Agreement could be beneficial.

(b) (i) Explain the objectives of government

Basically, fiscal policy involves the choice made by government either spending the revenue or collecting the revenue through the tax imposed. It is mainly about how the government and manage its budget in order to stabilize the economy growth.

The main concern of fiscal policy is the price stability. In order to maintain the economic growth, a desirable level of price in zealand.studybay.net/">New zealand.studybay.net/">Zealand should be achieved because expensive good or services will not be affordable by consumers where this encourages in decrease of the demand level. The price should be remained in a reasonable level of acceptance by consumers to avoid any fall in demand where it discourage business to generate goods and services.

Through fiscal policy approach, government able utilizes this tool to adjust the interest rate and control the spending rate in order to boost the economy (Chirantan, 2014). This policy had its own limitation even though using fiscal policies could stabilize the economy.

Inflexibility of fiscal policy can be seen during changes in taxes or spending by government. The objective of fine tuning is to minimize the negative implication by apply the right policy at the right time depending on the state of economy during the different level of economy such as contraction or expansion (Pavlina R. Tcherneva, August 2013). A period of lengthy time could be taken when both political and moral reason to be taken as consideration. By boosting the aggregated demand would lower the rate of unemployment may contribute to inflation as the right shift of aggregate demand would cause rise in price. In the other hand, by shifting the aggregate demand to left would contribute to the increase of unemployment when there is inflation would rather cause dilemmas too.

The time lag in applying the approach could be one of the limitations of fiscal policy. It may take up a considerable amount of time to implement unlike monetary policy able to influence economy growth rate easily and time saving by adjusting the interest level. Besides, the fiscal policy implementation involves a comprehensive research to make sure of the economy conditions. The state of the economy might be not the same anymore when the policy is finally ready to be implemented. Government might be gathering the wrong and inaccurate information in such a short period of time and hence economy would suffer from deficit or inflation when the prediction went wrong.

Budget deficit in an economy is an situation whereby the federal government spends more than it earn in revenues and causes a budget deficit. The reverse situation will generates a budget surplus as the government earns more revenue than spending. Both fiscal and monetary policies share the same goal which is maintaining the economy rate and achieve a steady economy growth. In fiscal policy, government will increase the tax to decrease the spending because when the goods are expensive, the aggregate demand shifted left and would cause the country to run a deficit. Monetary policy would use to control inflation as well as deflation by manipulating the interest rate. Unlike fiscal policy, the monetary policy will not enlarging the national debt by applying the approach to tune the interest rate to stabilize the economy (Expansionary Monetary Policy Does Not Raise the Budget Deficit, 2013).

A fully funded deficit occurs when government expenses is fully funded by tax revenue. This is applicable in theory when there market is perfectly healthy in which the economy is in stabilize state. There are few options, government will either issuing bond or security for a time being to fund the economy. Such options will reduce the spending and boosting the economy. However, during deficit period government will adopt an expansionary fiscal policy to influence the aggregate demand such as supplying money to the economy to lower the currency value. Such move might result in inflation when the demand is higher than supply.

Monetizing deficit approach is to finance the economy when there is a fiscal deficit in the economy. The government would sell bonds or security by financing the fiscal deficit. Implication from such approach will increase the debt of government. In monetized deficit scenario, the bank would be financing the government debt by producing extra banknotes. Inflation will be happen when the supply of the money is increase in the market and the value of the money will fall. This will help bank to keep targeted inflation rate in ideal range.

The objective of the international trade is to maximize profits between the interchange of goods and services internationally. The international trade is not only involving the exchanging goods and services across the border, it also creates opportunities for the market to the whole new level. The supply and demand of the goods and services will be created along the international trade occur. In this fast growing economy, the University education sector is no doubt developing an important qualities and criteria on next generation in order to raise the economy level. To ensure producing more competitive and high quality next generation, zealand.studybay.net/">New zealand.studybay.net/">Zealand is one of the countries moving towards to achieve the top class of education among the world. The more foreign investments the higher opportunities to stimulates the economy through foreign direct investment.

As we can refer from chart 1 and chart 2 from the Appendix A, Statistic zealand.studybay.net/">New zealand.studybay.net/">Zealand published the latest seasonally adjusted current account balance of $2 billion deficit in the quarter of June 2014. The amount of deficit is increase for further $1.4 billion since quarter of March 2014. The export of goods and services shown a fell for amount of $1.1 billion and was the main reason contributed to the total deficit value. Referred to chart 2, the balance of goods remains a surplus of $1,250 million in quarter of June 2014. For the year ended of June 2014, the current account shown deficit of $5.8 billion which is 2.5 per cent of the total GDP causes by the fall of export of goods and services. This is can be comparable to 2.7 per cent of GDP from the quarter of March which shown an recovery. zealand.studybay.net/">New zealand.studybay.net/">Zealand’s net international liability was recorded at $149.7 billion which equivalent to 65.3 per cent of GDP during 30 June 2014. There is slightly reduction of $1.4 billion from last quarter of March 2014. The external debt shown from the chart was increased by $2.0 billion to total of $142.3 billion to the latest quarter.

The high interest rate in zealand.studybay.net/">New zealand.studybay.net/">Zealand suspected contributed to the fall in exports of goods and services. This might explain that the fall in export is causes by the low demand of currency. When the currency is expensive, it tends to lower the demand and hence affected the currency value to shoot up. When this applies to zealand.studybay.net/">New zealand.studybay.net/">Zealand University education sector, the tuition fees would be relatively expensive than other country. However, the budget 2012 supports Government’s effort on improving the educational performance of students in tertiary education. Through the effort in budget 2012, they invested approximately $42 million to subsidy selected engineering courses for over 4 years (Tertiary Education Commission, 2012). Even though the falls in balance of payment are mainly contributed from the export of goods and services, the effort from government such as allocating the budget to subsidies the tertiary education sector will prove that the sector will continue to benefit to the economy.

The aggregate demand of the exchange rates is influence by the effect if export and imports. If the exchange rate undergoes a rise, the exports will be cheaper and imports will be more expensive in other currencies. This could be inflationary situation in an economy if the price of import experience rises and make export is cheaper. This effect would increase demand of currency from overseas since the zealand.studybay.net/">New zealand.studybay.net/">Zealand dollars is relatively cheaper than other currency because they will find beneficial to their business. The demand is mainly depends on the price elasticity of demand for exports and hence influencing the exchange rate of currency.

All the payments receipt or pay from other countries is recorded as the balance of payments in a financial account. The financial account records all the transaction either from an individual to a size of business internationally. It involves the inflows and outflows of money for foreign investment in an economy. Generally, the currency value in a balance economy will be more attract more demand for it and hence leading an increase value of currency. When the balance of payment was in negative state, the economy accountability of the balance payment will decrease and it will influence the exchange rate to experience a falls. The scenario happens when there the supply of currency is higher than demand in the market.

In generally, monetary policy is used to maintain the economy level by manipulating the supplies of money and altering the interest rate. When facing inflation, the approach is used by central bank to increase the interest rate. Such attractive interest rate will attract foreign investor when the return is high and profitable. Hence, it increases the demand of the currency and boosting the level of exchange rate simultaneously. In short, the monetary policy influences the price of money by altering the interest rate to increase the demand. Such exchange rate is simply a reflection of foreign demand for a country currency.

Chirantan Basu. (2014, August 31). Business & Society. Retrieved September 24, 2014, from What Are the Four Most Important Limitations of Fiscal Policy: //www.ehow.com/info_8512661_four-important-limitations-fiscal-policy.html 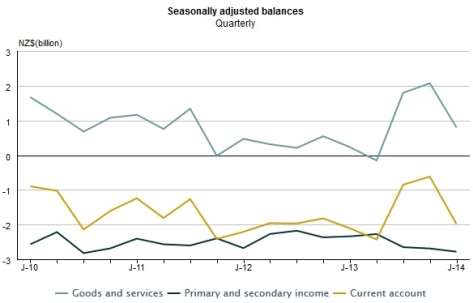 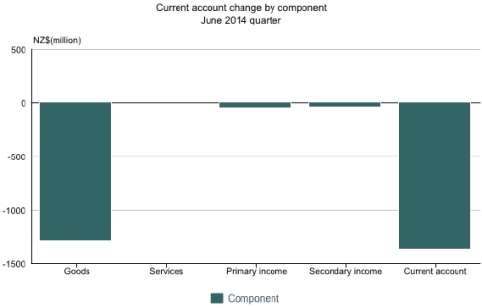