The concept of minimum wage has been an age long economic debate that has broadened economists’ horizon into examining both its costs and benefits. The whole concept behind minimum wage basically deals with how the welfare of workers in a country, state or geographical region can best be improved upon. Since the premiere of the industrial revolution which dates back to the early 19th century in England, minimum wage has become an increasingly open and popular debate. However, this definition has faced stiff opposition from activist who clamor for a minimum wage bracket. From a broader perspective, some critics of the minimum wage concept has proposed that instead of increasing the wages that workers receive, the employers should be more concerned about improving their welfare. This has been narrowed down to include their place of abode, their feeding, health insurance and other benefits that are not included as part of employees’ income. The proponents of employees’ welfare have a strong belief that it would help the workers as it basically deals with economic development and in addition to this, would prevent the occurrence of wage inflation.

However, there is a definition of minimum wage which is universally acceptable. According to the Wikipedia encyclopedia, it is simply defined as the least number in hours in terms of payment that an employer may legally pay to employees’. In examining this definition, it simply tells us that it is based on a set of rules guiding employees’ compensation for services rendered.

The cost of minimum wage can be represented algebraically via the national income model. Hence, the cost is based on a macro-economic analysis given as: GDP= C+I+G+X-M. Where they are stated as follows;

GDP= Gross domestic product, C= Consumption, I= Investment, G= Government expenditure, X= Export, M= Import. In analyzing each of the following components, the following are observations based solely on the cost of minimum wage. 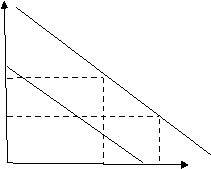 For a better representation of the benefits of minimum wage, the most appropriate model to be employed would be the national income model. This model was also used in the cost of minimum wage. It is stated as:

Proponents of minimum wage increase are of strong opinion that it increases the level of consumption among the citizens. This is based on one of the factors affecting demand which states that quantity demanded increase with respect to an increase in the income of individuals. In other words when the minimum wage is increased people would be able to purchase more goods and services compared to the original amount.

Since the proponents of an increase in the minimum wage believes it would eliminate low paying jobs and lead to higher paying jobs, hence as it pertains to investment, an increase in the minimum wage would lead to greater investment in high skilled industries which would be beneficial to gross domestic product. This type of investments would in most cases be long term and is very crucial in moving a country from developing to developed.

Increasing the minimum wage would reduce the expenditure from government. This is according to proponents who believe that workers would earn more as a result of the increase and thereby depend less on the government for welfare benefits. This would eventually reduce expenditure on the part of the government and lead to more revenue on the part of the citizens. This would be very helpful to the economy as it would create a balanced budget.

Exports would be of great benefit to an increase minimum wage. The reason for this is that it would be very helpful in producing goods that meet international standards and can yield maximum utility. This would make the domestic country’s goods competitive in the international market thereby leading to a trade surplus in the long run. The basic reason for this is that with an increased minimum wage, employers demand more from employees. Hence their skills and competences are put to test.

As regards import, an increase in the minimum wage would not be helpful to imputed goods. This is based on assumption of the proponents of minimum wage increase. It is strongly believed that because the imported goods are cheap, they would most likely be substandard compared to those goods produced in the home country. Hence consumers would boycott these products and promote their domestic product instead. This would eventually increase the gross domestic product (GDP)

In summary, an increase in minimum wage (Ceteris paribus) would be favorable to the economy given the following factors are synergized. 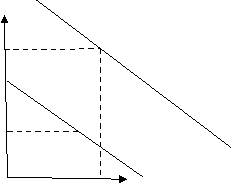 The diagram above represents the effect of an increase in minimum wage on consumption. A simplified analysis of the graph is stated thus: