Estimation Of Cost Of Load Shedding


A firm’s behavior in case of outages

While studying the firm’s behavior in the presence of regular and constant outages we assume the firm operates in a competitive atmosphere while pursuing its major objective of profit maximization considering the size of the firm. Following can be the possible consequences:

Visual representation of the alteration of the equilibrium of a firm in the existence of power outages.

the space between price and marginal cost is AB. The larger the amount of outages the bugger the space of AB is going to be. XY represents the marginal cost curve of adjustment by the firm. Henceforth incase the XY is too high, then the firm makes no adjustment.

Now if we see the case of type II firm. We see that Y lies between A and B. Therefore the firm decides to make an adjustment which takes its new production level to

. So type I firm reduced its output by

) whereas the loss of output faced type II firm is

). The profit loss faced due to outages by type I firm is ABC. Whereas loss of profit of type II firm is BYZC.

Henceforth some adjustments can prove to be favorable under some circumstances. So I have used given theoretical framework to develop the methodology for the quantification of the cost of outages.

Methodology for quantification of costs of outages

As discussed before that in the existence of regular and constant outages the firms tend to make adjustments. But the coverage and character of these adjustments will depend on a number of features that I have mentioned above. The methodology that I have used for the quantification of the cost of outages is majorly based on that developed by Pasha, Ghaus and Mallik [1989].

I have narrowed down the costs related to outages into two types. The first type is direct costs. 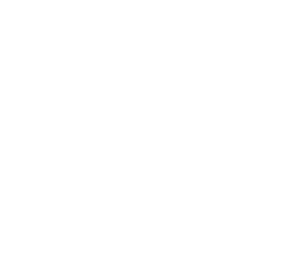 The second type is adjustment costs. While undertaking any type of adjustment mechanisms to recover their lost output, it is going to be based on cost minimization. A firm will go for an adjustment which it considers will be less expensive than the other available options. Therefore a firm can opt for more than one adjustment at one time, which depends on firm’s size and the amount of outages.

Through following methodology we are going to calculate the direct costs of outages.

= amount of output lost during an outage of duration i

= restart time after an outage of duration i.

The total number of outages during the year is given by

The total time lost due to outage is

is the duration of the outage.

But there is a possibility that the firm might not operate for the entire year and for twenty four hours every day. Henceforth, if H is the normal hours worked during the year, the actual output lost is given by

We will calculate the value of this loss through following method.

Where V is the value added by the firm per hour.

Nevertheless, the firm might undertake adjustment mechanisms to recover its lost output. If we take

as the degree of output which was recovered then we have the the net idle factor cost, NIFC, as follows:

Now we will represent the spoilage costs.

= spoilage cost (in rupees) in each outage of duration i

Then the spoilage cost, SPC, is derived as follows:

Now we can calculate the direct costs of outages.

In Pakistan we have generally observed that the foremost adjustment undertaken by a firm is the investment in generator where they can control the source of energy supply. This is the outcome of the frequent and prolonged hours of power outages since 2007 and the realization by the firms that these outages are going to stay for a long time and it might even get worse along with gas shortages.

In order to go for a substitution of the main source of electricity which is supplied by the DISCOs, the firm considers its concentration on energy required. While luring on other less expensive adjustments and the arrangements for the availability of initial capital for the possession of generators. The cost of capital for getting hold of generators is high relatively to small scale units as compared to large firms.

In order to calculate the total costs of owing and running a generator, we have narrowed it down to specifics.

On these bases we are going to calculate the costs of generator.

So the calculation of the annual generator cost (GENCO) is as follows:

stands for the cost of capital and

is the rate of depreciation. The combined value of

Once we have considered a firm to be operating a generator it means that firm is saving on the energy supplied by the local DISCO. So now the (NGENCO), is given by

ADJG = extent of adjustment by use of generators

tf = tariff per Kwh of the DISCO.

These adjustments are more or less short run in nature when power outages are considered to be momentary in nature:

The costs related to these adjustments are not large but majority of the firms have not undertaken these adjustments. The methodology used for the quantification of these costs has been taken from Pasha, Ghaus and Mallik

. They are represented by OTC.

Overall, the total adjustment cost, TAJCO, is derived as

And the total outage cost, TOUTCO, as follows: