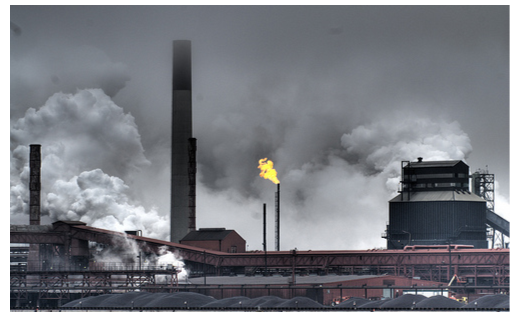 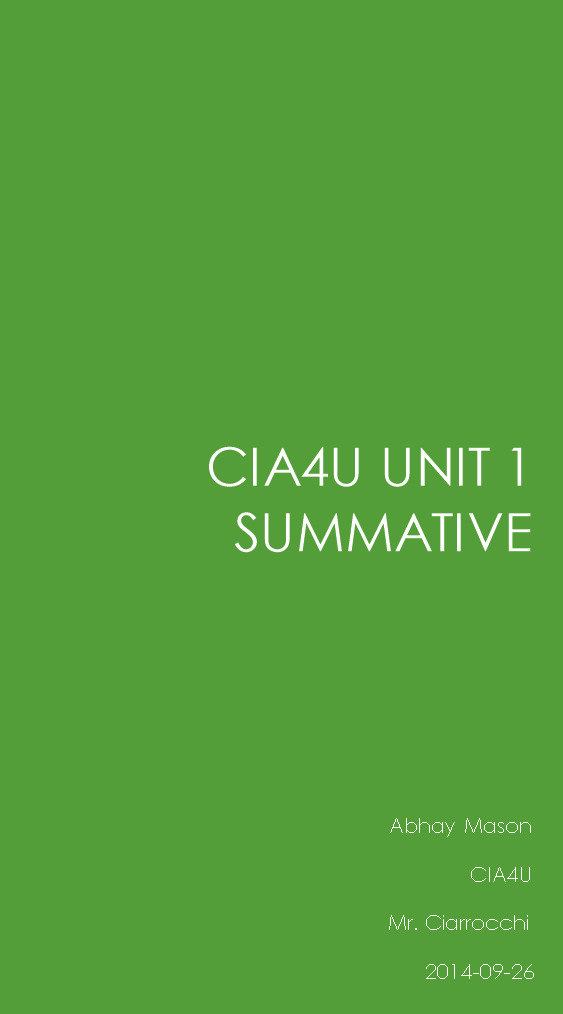 As the technology boom continues to strive throughout the 20th and 21st century, industries are forced to produce products for the increase in demand. By doing so, manufacturers are blindly meeting these demands while negatively affecting our environment, specifically pollution. In order to produce the materials and components required for modern day technology, industries must manipulate factories that produced billions of tonnes of carbon dioxide and other green-house gases that contribute to pollution and overall global warming. Especially, with the recent increase of environmentalists and other concerned consumers, economic activities such as manufacturing must be conducted without leaving a substantial impact on our surrounding environment. The reason being, economists are beginning to discover the correlation between the success of a business and how they treat their environment. If a business promotes and begins to take part in environmentally friendly practices, the business will attract a larger margin of consumers. Therefore, as a businessman and global citizen it is important for us to buy environmentally friendly products from manufacturers that produce limited pollution.

Economic scarcity can be summarized as the situation where businesses don’t have enough resources to produce and fulfil the demand for certain products. In relation to pollution, natural resources such as water and agriculture are becoming scarce and affecting businesses. Johnson, Kevin. “What Is Scarcity in Economics?.” eHow. Demand Media, 12 July 2009. Web. 24 Sept. 2014. <//www.ehow.com/facts_5175741_scarcity-economics_.html>. 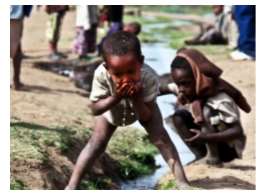 For instance, the world’s fresh water supply available to the human population is only 3%. With pollution affecting bodies of fresh water such as the great lakes of Ontario, this small percentage shall continue to decrease while the amount of people suffering from inadequate water increases. As of today, 1.1 billion people are suffering from water shortages and this is predicted to rise. For example, in 2025 approximately two thirds of the global population and numerous ecosystems could possibly suffer from water shortages. “World Wildlife.” WorldWildlife.org. World Wildlife Fund, n.d. Web. 23 Sept. 2014. <//www.worldwildlife.org/threats/water-scarcity>. 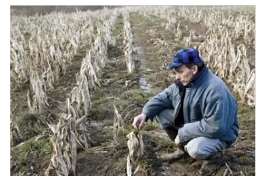 Alongside the shortage of fresh water, plants and other agricultural sources are being affected by the increase pollution. The reason being, the green-house gases emitted from factories and other human activities are increasing the ozone levels of our planet. A surplus of ozone results in the destruction of crops, plants and trees which results in economic losses in the agriculture and forestry industry. It is estimated that the increase of ozone costs Canadian farmers millions of dollars in lost production annually. “EPA.” The Effects: Economy. N.p., n.d. Web. 24 Sept. 2014. <//www2.epa.gov/nutrientpollution/effects-economy>.

In society both consumers and manufacturers are faced with the economic problem of having infinite wants but with inadequate resources. Therefore, we are forced to make important yet difficult choices about how to distribute these limited resources. This economic problem is called opportunity cost, where making a certain choice prevents you obtaining an alternative goal or item. In regards to pollution, manufactures have to choose one of the following situations:

The carbon tax, is enforced by the federal government to charge manufacturers for each tonne of green-house gases (including carbon) they emit. The goal is to ultimately reduce green-house gas emissions by pressuring businesses to go eco-friendly. “What is a Carbon Tax?.” Province of British Columbia. N.p., n.d. Web. 24 Sept. 2014. <//www.fin.gov.bc.ca/tbs/tp/climate/A1.htm>.

Consumers also face a similar ideal where they either:

The ideal situation would be that companies would produce their products while reducing the pollution they create and consumers would purchase these environmentally friendly products. However, this would result in manufacturers spending more money to insure they are considered green, in order to compensate for the additional spending they could lay-off a portion of their employees. Also, more money would be coming out of the consumer’s product to buy the eco-friendly product. In the end the perfect scenario is impossible to reach; which is the basis of the idea of opportunity cost.

Stakeholders are defined as a party or individual who show interest or withhold a connection with a certain issue or organization. “Stakeholder Definition | Investopedia.” Investopedia. N.p., n.d. Web. 24 Sept. 2014. <//www.investopedia.com/terms/s/stakeholder.asp>. In terms of pollution, the cause of increase in green-house gases is no other than the result of human activity industrialized in the 20thand 21st century, therefore I believe that both consumer and manufacturer are the stakeholders for pollution. The reason being, businesses introduced new advanced technologies every day, resulting in a large demand for these products; for example the automobile. Manufactures then meet these demands and produced automobiles for the population while producing pollution. The automobiles were the daily driven by a large percentage of consumers and this continued to emit green-house gases into our atmosphere and created pollution.

Similar to the United States, Canada has adapted a market-oriented economic system that combines private enterprise with government regulation. “Economy Watch – Follow The Money.” Canada Economic Structure. N.p., n.d. Web. 24 Sept. 2014. <canada/structure-of-economy.html%3E" target="_blank" rel="nofollow noopener noreferrer">//www.economywatch.com/world_economy/canada/structure-of-economy.html>. In other words, a market economy is where businesses meet the product demands and price of the consumers with little government intervention. “Market Economy Definition | Investopedia.” Investopedia. N.p., n.d. Web. 23 Sept. 2014. <//www.investopedia.com/terms/m/marketeconomy.asp>. By doing so, Canada’s economy is considered free yet economists argue the effectiveness of a market economy on issues such as pollution. As of today, Canada is ranked 28 on the world air quality index and 6 on the world freedom index. “Air Quality Ranking.” Yale Education. N.p., n.d. Web. 24 Sept. 2014. <//epi.yale.edu/epi/issue-ranking/air-quality>. “2014 Index of Economic Freedom.” Index of Economic Freedom: Promoting Economic Opportunity and Prosperity by Country. N.p., n.d. Web. 24 Sept. 2014. <//www.heritage.org/index/>. Meaning, our country is relatively environmentally friendly with a strong and free market economy. Therefore, according to the statistics I believe that Canada should resume being a market economy because we’re are historically successful and are continuing to improve our nation. On the other hand, if Canada was a command economy, where the government regulates the amount and price of products produced and sold in an economy. “Command Economy Definition | Investopedia.” Investopedia. N.p., n.d. Web. 23 Sept. 2014. <//www.investopedia.com/terms/c/command-economy.asp>. Under the correct leading government party, Canada could potentially be ranked higher on the air quality index but most definitely lower on the world freedom index. If we were to eliminate the amount of pollution we currently produce, that would mean more economic spending on behalf of the government, manufacturer and consumer. Resulting in our economy and possibly Canadian dollar value to decrease. Therefore, I believe that a command economy would not be suitable for our nation because it would be unsuccessful and it goes against our beliefs and tradition of being a free and strong nation.

In the recent centuries, there have been many economists who argued which type of economy is better. Each economist had their own ideas and theories on how an economy should be regulated, the most famous economists include David Ricardo and Thomas Malthus. “Economists.” Education Portal. N.p., n.d. Web. 24 Sept. 2014. <//education-portal.com/academy/lesson/the-economists-adam-smith-david-ricardo-thomas-malthus.html#lesson>.

David Ricardo was a British economist who lived from the late 17th century into the early 18th century. Through his lifetime he had various professions relating to the world of economics including a stock broker. From his experience and knowledge he gained 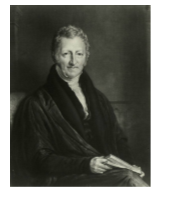 from economists before him such as Adam Smith, Ricardo developed his own theories of the perfect economy. His theories were based on his principles of supporting free trade and limited government regulation such as his theory of comparative advantage. If David Ricardo lived to see the Canadian economy in its current condition, it would be an accurate representation of his utopian economy. In regards to the issue with pollution and its effects on the economy, I believe that Ricardo would leave the issue to the manufacturers and consumers. He would trust that as global citizens, we would learn how to prioritize our needs and wants while reducing the amount of pollution being generated by industries. Like Canada’s market economy, Ricardo would not

want the government having a significant impact on the manufacturers, regulating their every action and decision. Therefore, I believe that David Ricardo would resolve the pollution issue by allowing the Canadian consumer and manufacturer to work things with limited government assistance and help from other foreign countries. “Economists.” Education Portal. N.p., n.d. Web. 24 Sept. 2014. <//education-portal.com/academy/lesson/the-economists-adam-smith-david-ricardo-thomas-malthus.html#lesson>. 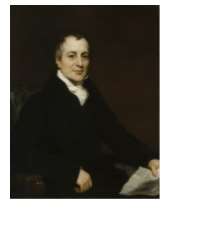 Thomas Malthus was another British economist who lived in the 17th and 18th century. He is reminded of his inspiration on Darwin’s theory of evolution and his own theory of limited resources. He believed that one day, the human population would exceed the amount of resources available. In order to avoid this situation, he believed in regulating the amount of offspring. In a sense Thomas Malthus’ theory is correct, in the modern day world with over 7 billion people, we find ourselves running out of limited resources such as oil and forestry. However, Malthus never interpreted the idea of society adjusting to the changing population and resources with the help of technology. For example to compensate for excess pollution, Canada is relying on new energy sources such as hydro and wind. In regards to reduce pollution in Canada, I believe Malthus would regulate the offspring in order to preserve our agriculture and water resources. However, it would not be as effective as David Ricardo’s resolution or what Canada has implemented already. “Economists.” Education Portal. N.p., n.d. Web. 24 Sept. 2014. <//education-portal.com/academy/lesson/the-economists-adam-smith-david-ricardo-thomas-malthus.html#lesson>. Both economists have theories that relate to the current economic situation of Canada and the situation involved with excess pollution. Although if I was to resolve the pollution issue in Canada, I would follow David Ricardo’s theories, which are already the basis of the current Canadian economy.

After researching the theories of previous economist, the causes and effects of pollution on the Canadian economy, I believe we should: