Alternatives For Capitalism In A Globalised Economy

In this globalized economy now it is a big question for us that, what is the perfect economic system: communism or capitalism?

By globalization we can understand cross boarder market. There is an international exchange of labor forces, ideas, capitals, knowledge, products, and services. Now we will focus on capitalism and communism and try to find out that in this globalized economy capitalism or communism, what is best suited?

Is Communism applicable in globalized economy?

Communism is a concept, in that ownership of land, capital and industry cannot be owned or controlled by the individual. However, under Communism the control of these things is not by a local community but by the State Government. Under this system the government has total control of everything produced and control what is made, and who will receive the goods and services produced. Under this system you are not allowed to own your own home, your own car, your own furniture, or even the food you eat. The State decides what you can use and where you will work. So, we think it is an obstacle for global economy. Because if the country determine what will be produced, how will be produced and for whom will be produced, then developed countries may notbe interested to invest in that country.

At the same time Communism kills the ‘will’ to work, competition, innovation and creativity, where these are the main characteristics of a worker in this modern globalized economy. Why compete to work? You won’t make any more money. Why spend time innovating new ideas, or being creative, there won’t be anything in it for me. As a result they fail to provide goods and services for their citizens. The Soviet Eastern Communist countries of the 20th century were noted for not having much goods and services for their citizens. Yet, the ruling class always had plenty of everything, and it was usually imported from capitalist countries. While we have rich people in America, we also have a large middle class that live comfortable lives. Even many if not most poor people in America have refrigerators, TVs, and food on the table. 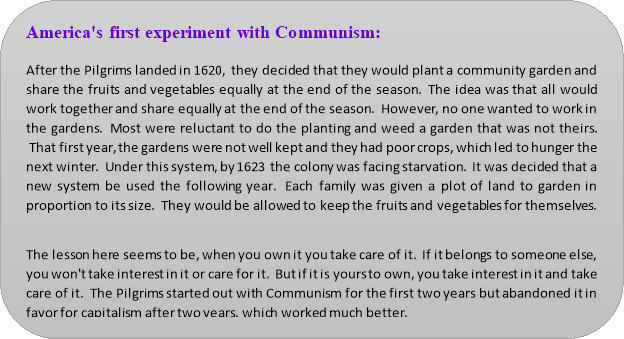 Since Communism controls all goods and services, the individual is at the total mercy of the State. You have no rights except those granted by the State. The old Soviet Union was a police state, with total control over its citizens.West Germany was full of cars on the Autobahns. The streets in East Germany were mostly empty, with an occasional person on bicycle, even in the middle of winter. Freedom of travel is restricted in a Communist State because they control who gets what and for how long. If you were lucky enough to get a car in East Germany, it was usually a worthless piece of junk.

But, we may face a question that if communism creates hindrance to global economy, then how China runs its global economy as we know it is a communist country? Then our answer will be…

While China’s government may be officially communist, the Chinese people express widespread support for capitalism. And since 2002, the Chinese have been one of the strongest proponents of capitalism, even more so than Americans and Western Europeans. During last 30-35 years China has brought enormous changes to its economy. In the late 1970s, the government started opening the economy to foreign investment and privatization. With these changes came sky-high economic growth – an average of 10% since 1980. And now about 76% people of China agree that most people are better off in a free market economy. 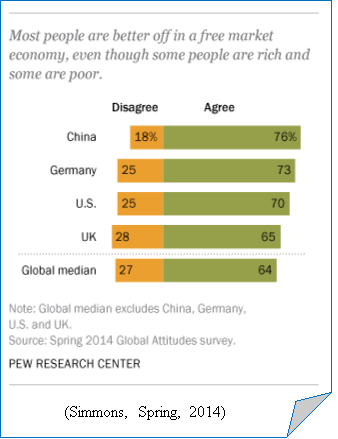 If you look at this happiness map published by scholars from the University of Leicester, you can clearly see that the foremost democratic, capitalist countries like the USA, Canada, zealand.studybay.net/">New zealand.studybay.net/">Zealand and the whole of Europe are the happiest in the world. This is because in these countries, thanks to the free-market, whatever products people want, they can get.

Perhaps the strongest argument working in favor of democratic capitalism is that there is no alternative politico-economic system which has proved itself to work in our modern age. Almost every attempted implementation of communism has failed (China – abandoned total communism long ago and are slowly creeping towards capitalism). America became socialist and imposed many strong measures on corporations to regulate their behavior, the largest companies (Trans-National Corporations) would most likely move their industry elsewhere, and potential entrepreneurs would be scared to invest in capital, irreparably damaging America’s economy. So as you can see, changing the economic system isn’t even an option.

Capitalism allows the economy to grow exponentially. It is a basic fact of economics that the more money a firm makes, the more it can invest in production, and the more it invests in production, the more money it makes. So long as no unfortunate events befall the firm, this growth can, obviously, continue indefinitely. Many see a problem arising with this: there are only a finite, or ‘scarce’ amount of resources on Earth, so this huge growth of production will one day run to a halt.

There is greater awareness than ever of the importance of fitness due to government campaigns. All of these contribute to an extremely fit society, and, in desperation, one can always resort to liposuction or some other sort of surgery.

It might seem at first glance that everyone is selfishly working for their own money, but dig a little deeper and it becomes apparent that every job has a benefit for someone else. Factory workers produce the products that we can’t live without; hairdressers perform a service that benefits us body and soul; and the police work to protect us and make sure we live in a lawful society. Even unpopular and ‘overpaid’ professions such as city bankers and sportsmen have a positive effect on society, whether it be helping us manage our money, entertainment or something else.

No matter where you start in life, everyone has an opportunity to make it big. The basic principle is that the harder you work, the greater your reward.

An authoritarian communist party controls Vietnam. It’s true. But its founding ideology appears all but gone from the hearts of Vietnam’s people. Vietnam, in fact, may actually be one of the most pro-capitalist countries on Earth. Almost all Vietnamese people — 95% of them — now support capitalism, according to the Pew Research Center, which polled nearly 45 nations late last year on economic issues.

No other country in the poll cracked 90%. Even in the United States — where “socialist” can be used as an insult — only 70% agreed that a free market economy is the best kind of economy. (Winn, 2015) 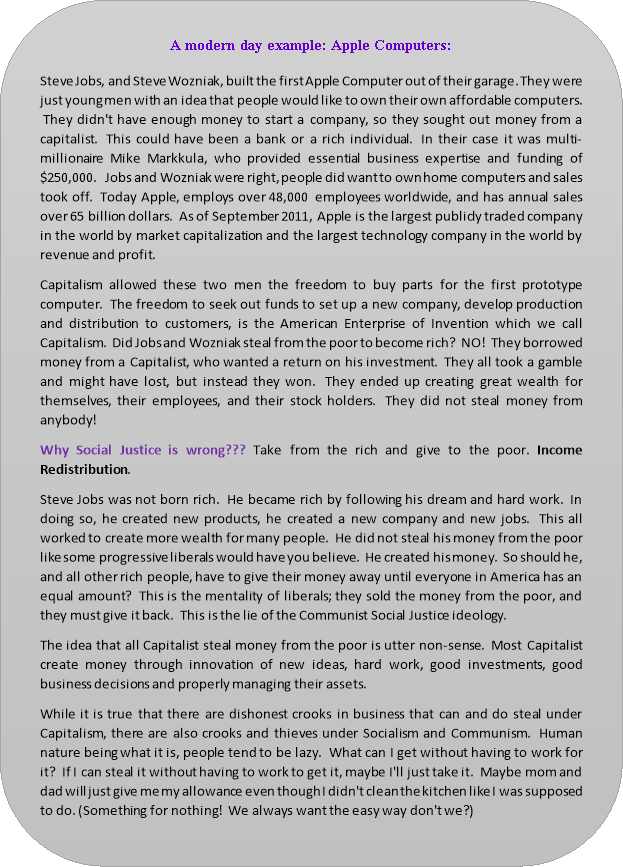